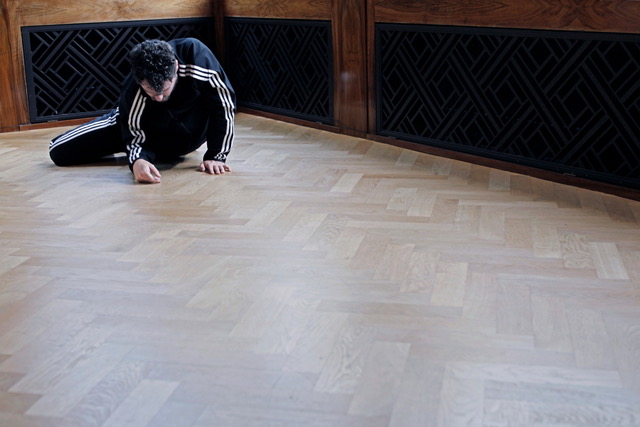 Over 2 sessions on the 12th and 13th September, invited guest speakers Dr. Arabella Stanger and Rory Pilgrim will offer perspectives and provocations in relation to Christopher’s research around masculinity, gender performance, class and more. The sessions will unfold into a dialogue between histories and practices, with the chance to zoom in or follow the thinking somewhere unexpected over the 2 days.

About the Guest Speakers:

Dr. Arabella Stanger is a lecturer in Drama: Theatre and Performance at University of Sussex. Her research and teaching interests reach across dance, theatre and performance, with an emphasis on the theoretical exploration of performance as social practice. She has recently written about Michael Clark, ballet ‘wrongness’  and queer relationality.

Rory Pilgrim is an artist whose practice is based on emancipatory concerns, in which personal and political questions are brought together to explore questions of time and connections between activism, spirituality, music and community. Strongly influenced by the origins of activist, feminist and socially engaged art, Pilgrim works in a wide range of media including live performance, film, text, workshops and musical composition.

Finding us and accessing the studios